Off the Beaten Tracks 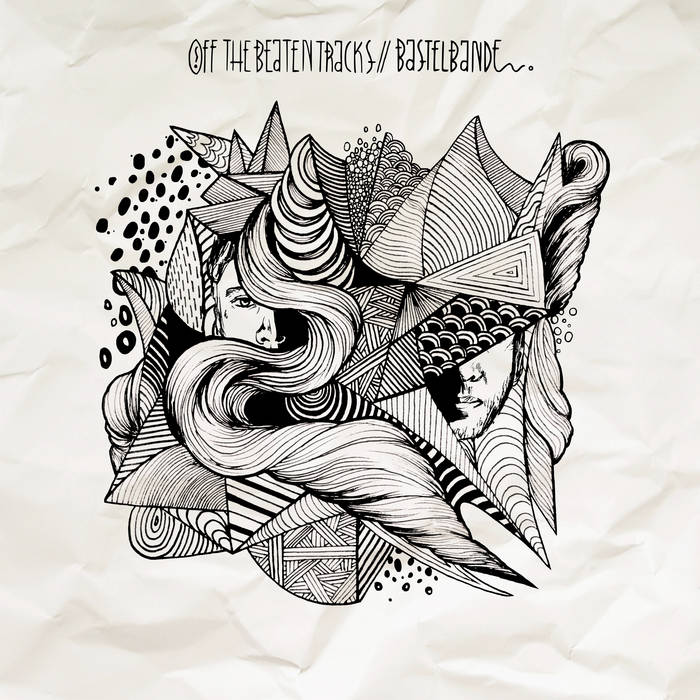 DJ and producer duo Bastelbande built their sound around the curious and charismatic creative landscape which outfit members André and Mr. Matthew have grown up within. Although this is to be expected from a pair who make their music within their home of Hennigsdorf, a suburb in Berlin, where they hone in on their skills of sampling, scratching, singing, rapping, painting and writing the entirety of their outputs, never leaving any stone unturned when creating their packages. Their style which consists of a mix of Trip Hop, Downbeat, Hip Hop, Organic Grooves, Electronica, Jazz, Funk and Soul has gained them a grassroots following and it’s this grassroots following who insisted on a larger body of work. This is where the idea behind their forthcoming LP ‘Off the Beaten Tracks’ on Aviary Bridge Records came from, which is a perfect embodiment of everything they have achieved over their career so far.

From ‘Colourblind’ through to ‘Hopscotch’, as well as collaborations with the likes of Tom Zips and Isa, there’s a wealth of talent showcased across the LP. It begins the year on a high for the production outfit, proving just how incredibly talented the maestros have become since they first began their journeys.

Off The Beaten Tracks opens with ‘Entrance', a track that draws you straight into Bastelbande's strident musicality, underpinned by a surrealist vibe which grabs you instantly. The electric guitar strums in ‘Good Evenings’ make an epic addition to the album alongside the spoken vocal overtures of ‘Welcome’. Isa then joins Bastelbande for ‘Piece of Love’, a melodic track woven with delicacy. ‘From the Stars’, ‘Black Rainbow’ and ‘Hopscotch’ provide yet more diversity to the album. ‘Roads’ (featuring Tom Zips) presents a light-hearted side to Bastelbande’s vast production spectrum, contrasting with ‘Sans Soleil’ and ‘Lovelove.hatehate’ both of which move with a more jagged edge. We then come to the finale of the album which features artist Dimitri Kalaschnikow for ‘Alt Genug’, a track which pushes through a layer of Dimitri’s own skillsets. The album then concludes with ‘Exit’, the final hurrah for an album which is sure to put Bastelbande on the map.

It’s an album which draws out the very best of Bastelbande. For fans both old and new, it’s the perfect alignment with what they represent. Music in its truest form.

Together, the two producers have created a small community of musicians and producers who specialise in atmospheric genres such as trip hop, electronica and chillout. ... more

Bandcamp Daily  your guide to the world of Bandcamp

Benji B talks about his new compilation ‘Deviation Classics’